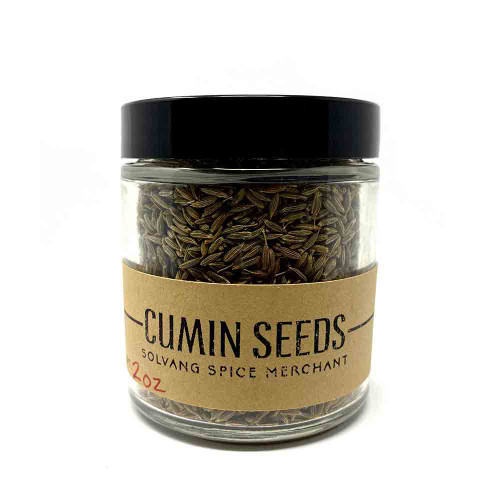 With its sweet, earthy, and nutty aroma, it comes as no surprise that cumin is one of the most popular spices used throughout the world and is commonly found in Indian, Middle Eastern, North African, and Latin American cuisines. In addition to being used in the kitchen, cumin has also been known to help with digestion as well as used as an aphrodisiac.

Dry roast your cumin seeds in a pan before using to release a toasted nutty flavor. Sprinkle toasted cumin seeds over salad, soups, and breads, or grind and sprinkle into to your next curry, hummus, chili, or tacos.